Best Nail Fungus Treatments You Can Use At Home

Fungal nail infections are usually caused by fungi called dermatophytes that infect the skin beneath the nail; yeast is another common culprit. Toenails are especially vulnerable to infection when your bare feet contact damp surfaces such as showers, swimming pools and locker rooms. Moreover, if you have a fungal infection on the skin of your foot, this can also transfer to your nails.

Wearing closed shoes for extended periods also can contribute to infection if your shoes and/or socks are damp from perspiration or heat. Moreover, if your shoes fit snugly enough to put pressure on your toes, they can damage the nail bed, making it more susceptible to infection.

People with chronic diseases, such as diabetes or circulatory problems, also may be more prone to toenail infections.

Although fungal nails are usually cosmetic concerns, some patients do experience pain and discomfort due to the thickness of the nails. These symptoms may be exacerbated by footwear, activity, and improper trimming of the nails.

There are many species of fungi that can affect nails. By far the most common, however, is called Trichophyton rubrum (T. rubrum). This type of fungus has a tendency to infect the skin (known as a dermatophyte) and manifests in the following specific ways. There are different types of nail fungal infections:

Here are some other conditions you may have instead of fungal nails:

What to Look for in a Toenail Fungus Treatment

Toenail fungus, if left untreated, can become a tough problem to treat and will greatly influence what medications you need. If the toenails are thick, yellowed, and left untreated for a long time, that could indicate you need a prescription for oral medication.

Zinc undecylenate and undecylenic acid are both FDA-approved ingredients to treat toenail fungus Also, if you seek help from a professional, they will likely prescribe medications in the “azole” family. This compound interferes with the synthesis of the fungal cell membrane, which essentially kills the fungus.

Toenail fungus treatments can come in a variety of forms, but oral, topical, and homeopathic medications are the most commonly used for treating toenail fungus.

Toenail fungus infections often require diligent treatment to be successful. Early-stage toenail fungus may respond to home treatments, such as those listed below. Apply the treatment to the affected nail several times daily; you may need to treat for six months or more to clear the infection as it takes 6-12 months for a full nail to grow out.

Over-the-counter treatments for toenail fungus include creams, ointments, sprays and liquids. Ask your pharmacist for a recommendation or look for these ingredients, and follow the directions carefully:

Laser treatment for fungal nail infections is the newest treatment option, though it has now been available for many years. It has shown significantly higher success rates and has been the delight of many patients. It should be noted that there are two variations of laser available, hot and cold laser, and it’s important to know the difference. When medical treatments don’t work, another option is to remove the nail, either surgically or with chemicals. A new nail should grow back in its place. However if there is already damage to the nail bed, the nail may return the same.

Follow these guidelines to help keep your toenails healthy:

In addition to antifungal treatments, you can help manage a fungal nail infection (and prevent further infections from developing) by:

When To See An Expert

If your symptoms do not get better with home treatment, make an appointment with your podiatrist.

Make an appointment at HERE 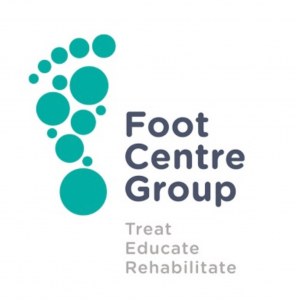 Ready to Meet the Team & Make an Appointment?

Online Booking is the quickest most convenient way to secure the time, location and practitioner you want. Want to meet you Practitioner first? Select Meet the Team to get to know our fabulous Podiatrists.